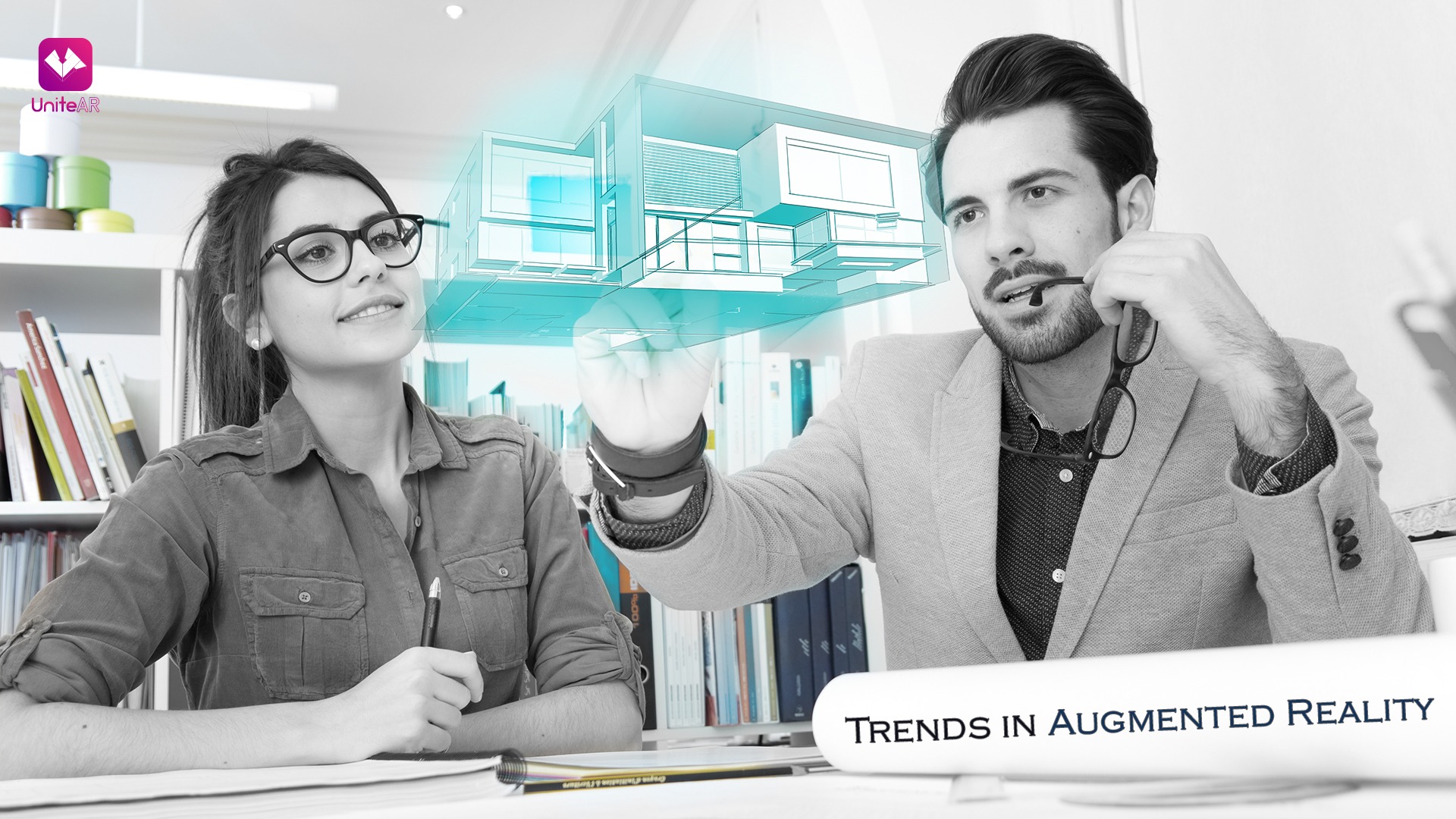 It goes beyond a doubt that Augmented Reality (AR) will indeed become more main stream in the coming years. Most of us have the notion that it was with the release of ‘Pokémon Go’ that the world got fascinated by augmented reality while the truth is that we have been knocking on the doors of screen-enhanced information for years now and even without us fully aware popular apps like Snapchat and Instagram use AR to display creative filters and animations placed over user-generated content. There now exists sufficient data to understand with some predictability how the market is likely to evolve, and all the reports points to the smart phones. With smartphones in the hands of almost everyone employed it is very likely that more opportunities will present itself in the marketing world with its base tied on augmented reality. The next big development as far as user friendly technology goes is augmented reality. Today let’s explore the top Augmented Reality trends for 2018.

When you take a peek into VR’s history you will know that AR has beaten it on all aspects. The primary bane for the VR’s was the very expensive and extremely fragile heads up display units and in truth VR has struggled to meet analyst expectations and was not as prominent as how it was predicted to impact the trajectory of the market. If you want to talk numbers then the revenue generated by Pokemon Go in its first three months was greater than the value of the entire VR software market in 2016.

A very big example of this is IKEA’s flagship augmented reality app – ‘IKEA Place’ which allows consumers to drop 3D furniture objects within the home by using the camera of a smartphone. Potential clients and customers can now imagine the new piece of furniture with all the available colors to the scanned room. IKEA Place is a game changer for AR technology and how it’s perceived from a commercial perspective.

It’s tried and tested and its immense success has caught the eyes of the Elite squads with Tim Cook (Apple) expressing his belief in Augmetd Reality and its overall importance in Apple’s wider commercial strategy. Mark Zuckerberg (Facebook) in his own words suggested that “the phone is probably going to be the mainstream consumer platform where a lot of these AR features become main stream, rather than a glasses form factor that people will wear on their face.” Google on the other hand has recently introduced AR focused handsets indicating a wider trend to revitalize innovation.

4.AR will no longer be a novice:

It’s not just smart phone technology in Augmented Reality that will flourish. It will transform all aspects imaginable from renewable and non-renewable forms of energy, construction, legal, finance, real estate healthcare, automobiles and many more. The Augmented Reality system assures a to generate a lucrative new revenue streams and its benefits hold no bounds as it helps enhance the efficiency of any and all existing processes and even assists in cutting costs of several process.

The biggest challenge that is now being faced by the smart phone giants is that people have begun to settle. If the average replacement time for a personal smart phone was 18 months before, now it has shown to be 24 or even 30 months. Smart Phones have nearly hit their peak of what they can do given the technological limitations. Augmented Reality could well be the tipping point for localized and industry-specific adoption.

If the smartphones managed to retire the alarm clocks, calculators and calendars. AR technology could well retire the smart phones and tablets. An AR glass could process the data and give us real time information to all our queries. We can know the entire menu of the restaurant along with the user reviews by just looking at the name on the board. No longer would we even have the physical necessity to look down at our phones.

2018 could well be the year that Augmented Reality lifts off. It is almost assured that A.R will become an integral part of mainstream consumer consciousness. The introduction of ‘ARKit’ and ‘ARCore’ is further proof that the world has accepted Augmented Reality as the next boom in technology and accepting its arrival is no just a choice anymore. Those who fail to grasp and follow its light will surely be left in the dark. All the major brands of all sectors have already assigned an R& D division on how to integrate augmented reality into their products, services and projects. The sci-fi gizmos that we have for long seen in movies is about to reach our households.