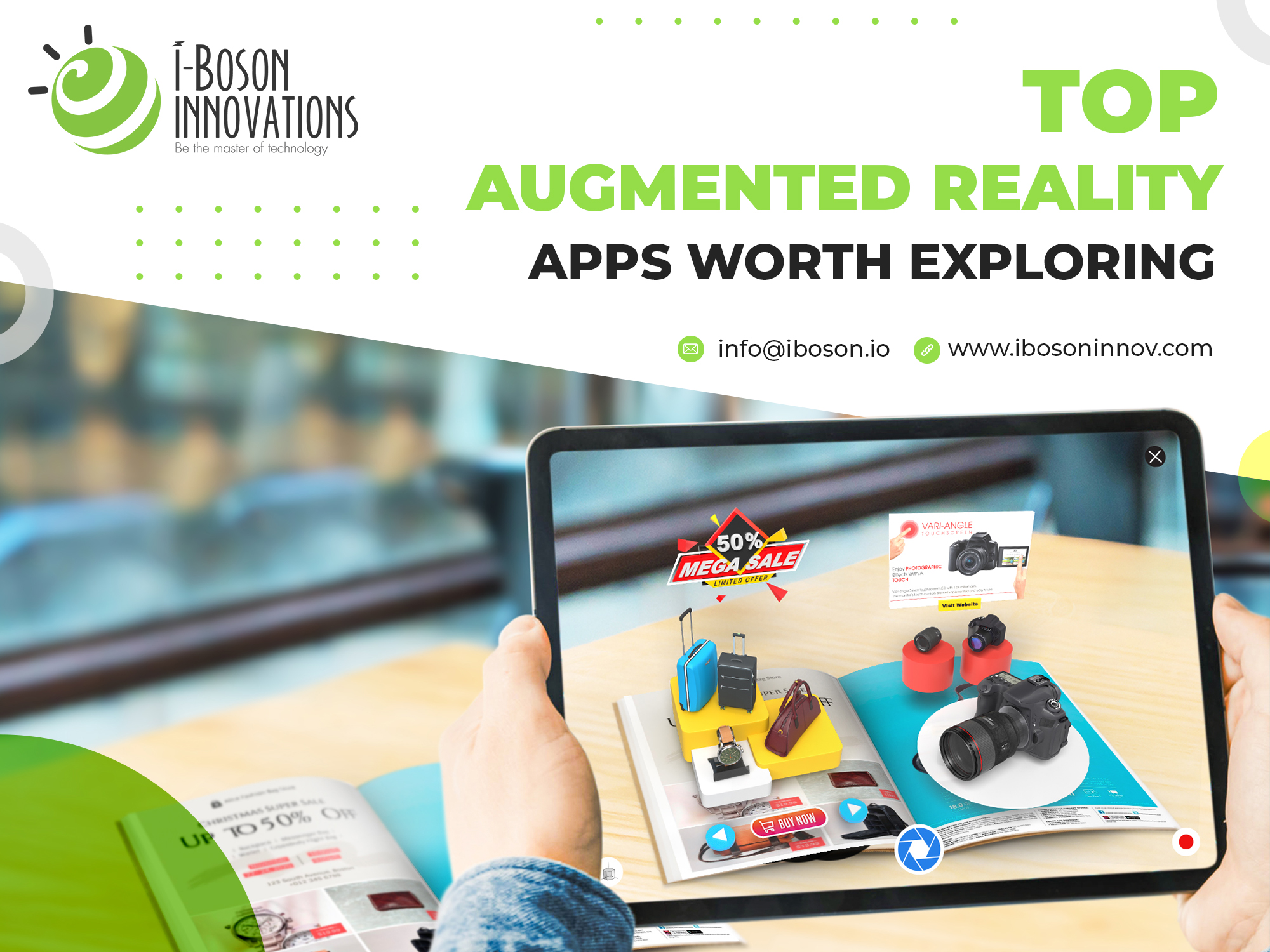 Augmented reality keeps on proving to us that it is a technology worth being in our lives. From the social media filters to helping businesses streamline their operations, AR technology is growing exponentially and is finding applications in almost every vertical. Augmented reality reduces the gap between the virtual and the real world and changes how we experience things.

With the growing usage of smartphones, there has been a surge in the use of apps. This brings a never-ending scope for users to explore AR apps right at their fingertips. And with the rising trend of AR adoption, the AR market is standing at a market value of $3.5 billion and is projected to be worth over $18 billion by 2023. According to Statista, there will be 1.73 billion mobile augmented reality users by 2024. It’s no surprise considering the rising usage of smartphones.

We have picked a list of some best Augmented Reality (AR) Android and iOS apps around the world today. Here are five cool AR apps to check out.

XRmeet is an AR-based remote support and object detection app for Android and iOS users finding its applications primarily in the industrial vertical. XRmeet enables businesses to digitally transform their workplace and support their workforce better with AR.

XRmeet is powered by a proprietary engine which makes it affordable and easier to use from similar apps in the market. It is particularly handy for improving the workforce's efficiency and productivity, streamlining business operations, and providing support to the workforce anytime and anywhere.

UniteAR is a zero-code augmented reality experience creator platform that allows users to create AR experiences on their own with a few clicks on their mobile apps, website, and more. UniteAR works on the vision of democratizing augmented reality by making AR creation a simple and easy task for anyone and is available for both Android and iOS users.

IKEA Place app is a commonly known Android and iOS app focusing on home décor. This app enables users to put the products on their homes to see if it fits. This app considers the entire floor plan and showcases its product where it best fits, enabling the users to make informed and better decisions.

Snapchat is one of the best AR apps that has captured a million hearts with its AR-powered filters and animations. It is Snapchat that made stories popular which is now adopted by other social media apps like Instagram.

ROAR is an augmented reality editor platform that aids in creating AR experiences. Most of its customers are business owners who want to integrate AR into their marketing and sales strategies. And ROAR makes it simple to incorporate AR to engage uniquely with customers.

Augmented reality is a part of our future lives and helps us interact with products before making a purchase and making business operations easier. This is just a list of 5 top AR apps, but there are many AR apps available in the market that make our lives easier. Keep checking this space because we will be updating a lot more AR apps to this list soon.