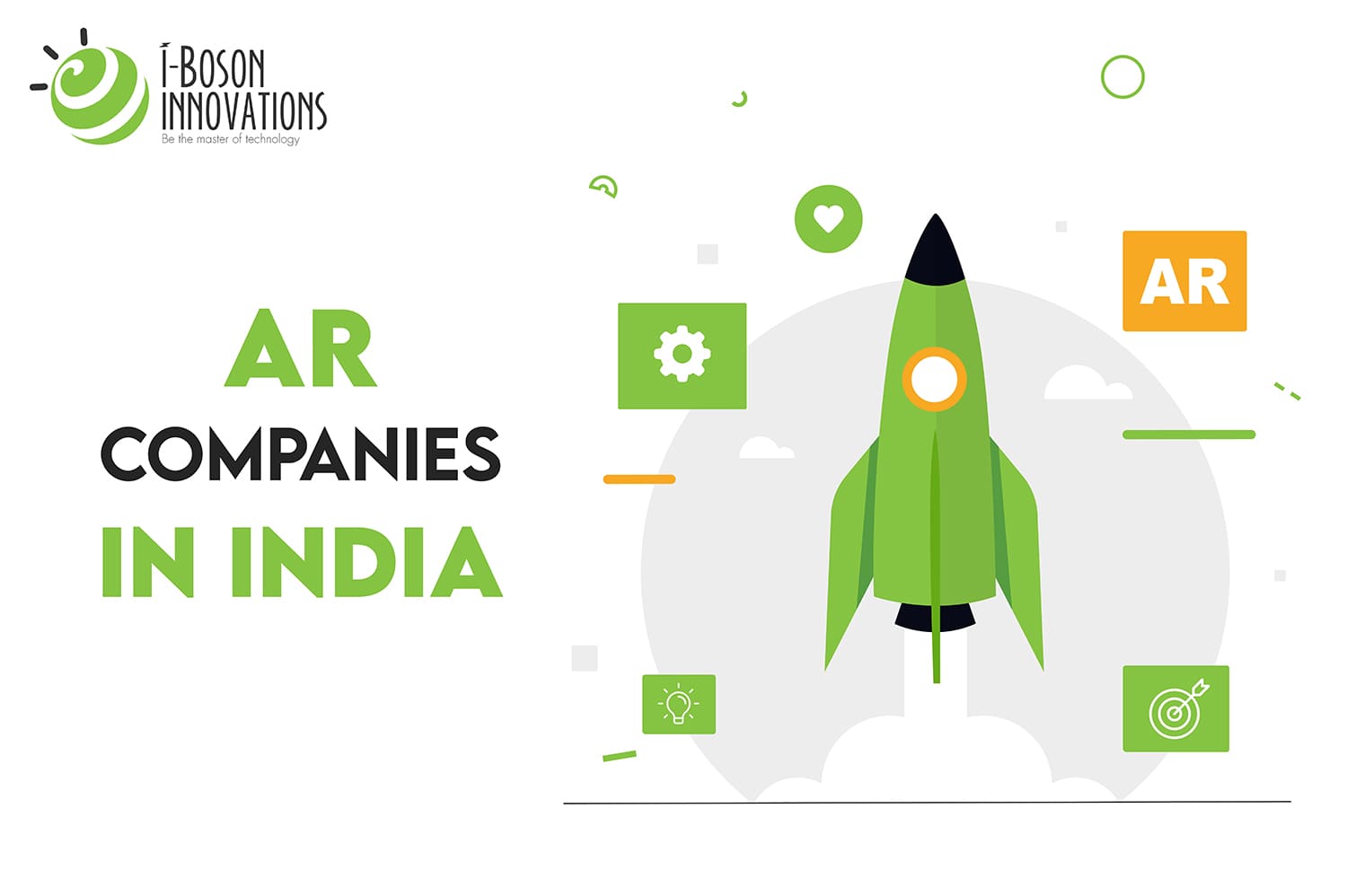 It has been an area of priority in the research community for decades simply because of its near-limitless features and applications in the modern-day world. Every new piece of technology that has been brought to us primarily is to serve just one function and that is to make our lives simpler and easier. By allowing individuals to interact with the real world through the enriched and enhanced technological advancements we present to them a whole new perspective and approach to the real-world environment.

Unlike its older brother – Virtual Reality (V.R), the user isn’t constricted to a synthetic environment that emulates or duplicates the real world where he/she is incapable of a vivid and direct interaction.

Augmented Reality is able to perfectly blend our daily life nuances for the better. Several augmented reality companies in India have risen up in the near past. Today let us take a sneak peek of some of the top AR companies in India.

iBoson Innovations Pvt Ltd is one of the top Augmented Reality Companies in India. Listed as one of the 100 futuristic startups around the world as per a renowned Irish magazine, iBoson Innovations is among the handful of firms within the whole of India that can proudly claim to have their very own augmented reality products named UniteAR and XRmeet. These products were also well accepted when they were featured at Le Futura at the Dublin Tech summit. Recently, iBoson Innovations has been awarded the innovative startup of the year 2021 by IBC Startup Awards.

Imaginate has now transformed itself into a world-renowned augmented reality (AR), virtual reality (VR) & mixed reality (MR) technology-based enterprise in a very short span of time since its inception. Its focus is to enhance the consumer’s experience of reality through innovative visualization products and services. Their expertise mainly lies in the genres of retail, defense, entertainment, and healthcare.

GMETRI Studios has its roots in the world of architecture and software development. They create the highest quality Augmented Reality experiences with intelligence specific needs across numerous industries and applications that are accessible across the web and most devices.

Yeppar is a B2Bcompany that connects businesses to customers through the technological prowess of Augmented Reality, Virtual Reality, and Mixed Reality. They serve genres that are included but not limited to Real Estate, Restaurants, Automobiles, Education, and many more. Their excellent work is quite quickly making them a popular choice among India’s hotshots.

Scapic is an Indian startup that focuses on extremely immersive AR & VR content creation. It lets people create, share and explore immersive experiences by providing ultra-reality content that can be very easily created. Industries and companies from several sectors can avail the benefits of Scapic and put it to fruitful use.

Quytech is a well renowned company in India known for delivering outstanding mobile apps that bring potential benefits to clients. Its focus is to design and build mobile apps in various verticals based on AR/VR.

Xicom is another AR company in India that leverages the benefit of AR/VR and builds apps using it to create amazing and unique experiences for their customers.