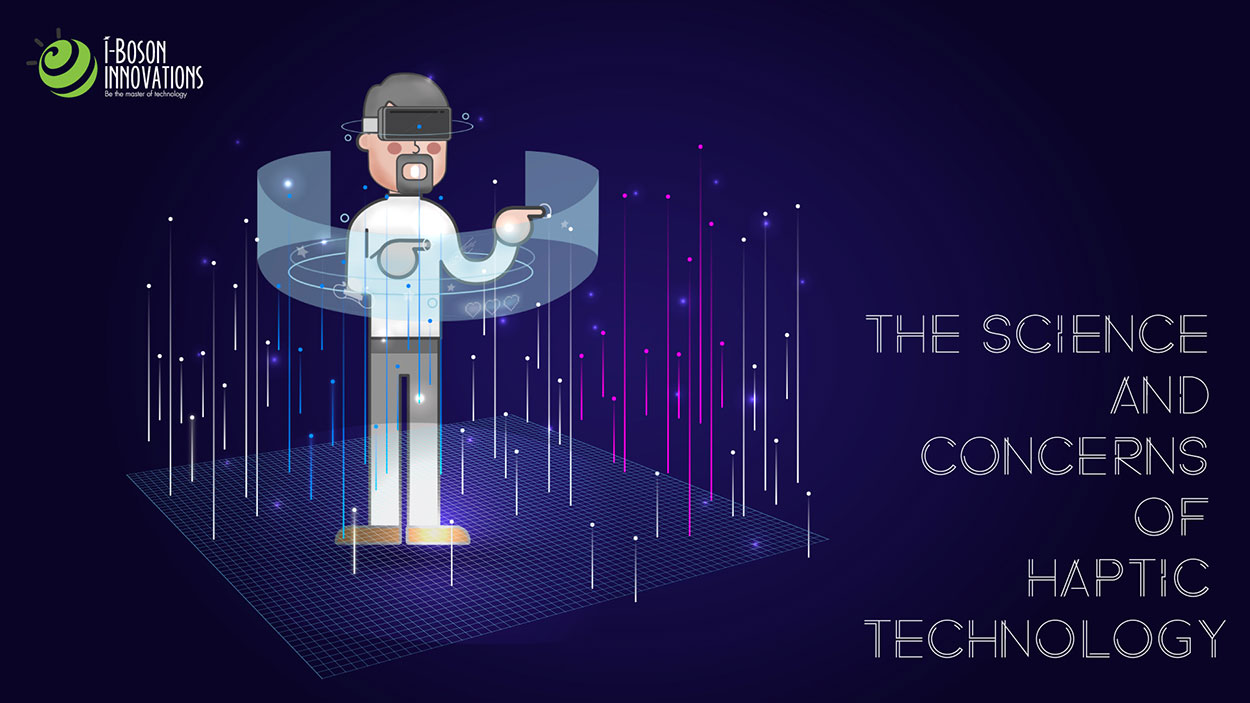 The Science and Concerns of Haptic Technology

Haptics is the branch of science that regenerates the sense of touch via tactile feedback sensors. This simple tactile interaction system enables a very efficient information exchange between the body and the outside world. The word ‘haptics’ originated from the Greek word “haptesthai” which refers to both kinesthetic and tactile senses. Since its inception in the early 20s, there have been numerous advancements in the field of haptic technology. These have all lead to the creation of better force and tactile feedback systems with their supporting software all aimed to enable users to be able to operate even 3D virtual objects. The current technology allows users to sense such features and characteristics such as weight, texture, shape, and temperature.

The Science behind Haptics

Every day there is inevitable growth in this technology and the various sciences that involve haptics are:

These sciences have aided quality advancements and trends in the haptics technology in the present 21st century.

An Important Concern about Haptics

Various researches have concluded that an adult human processes haptic information as a result of the interpretation of certain stimulus and this internal stimulus determines the discrimination of textures, shapes, smooth or rough surfaces and the inclusion of vision also plays a pivotal role in these distinctions. Therefore to perfect the artificial concept of haptics one needs to also master the visual prowess and the bodily fillips involved.

In its application side, a major concept is that of ‘force’ and how it makes sense in the case of virtual space and in objects that are not really present. The application of force is something that is very natural to us as it has been something we have experienced since birth and subconsciously we are all programmed to comprehend the concept and even the slightest variations would be the anomaly and would stick out like a sore thumb.

One of the fields where haptic technology has been instrumental is in the field of health care where haptics has created positive ripples. Take for the example of medical surgery, where haptic endoscopic technologies have resulted in a minimally invasive form of surgery. Medical impression guidance systems have also given rise to more safe and precise surgeries. The application areas include:

The recent revolution that was seen in the medical world is the more advanced and frequent use of medical robotics. The advantage of using haptic robotics is they can optimize any and all execute assistive functions and extensively assist most of the mechanical structures. The complexity of haptics usually involves multidisciplinary co-operation such as the fields of engineering, science, mathematics, and technology.

We, humans, perceive and understand the world through our 5 primary senses but the sense of sight and sense of touch complement one another in a very unique way. They remain the most primal and powerful forms of communication. While vision reveals the big picture, touch gives us that specific part of the big picture but in today’s media world, we move through content and stories purely through audio and video. The sense of touch has been greatly restricted in the field of gaming. Science is always described as magic and haptics is one of these magic tools that help bring extraordinary stories to life