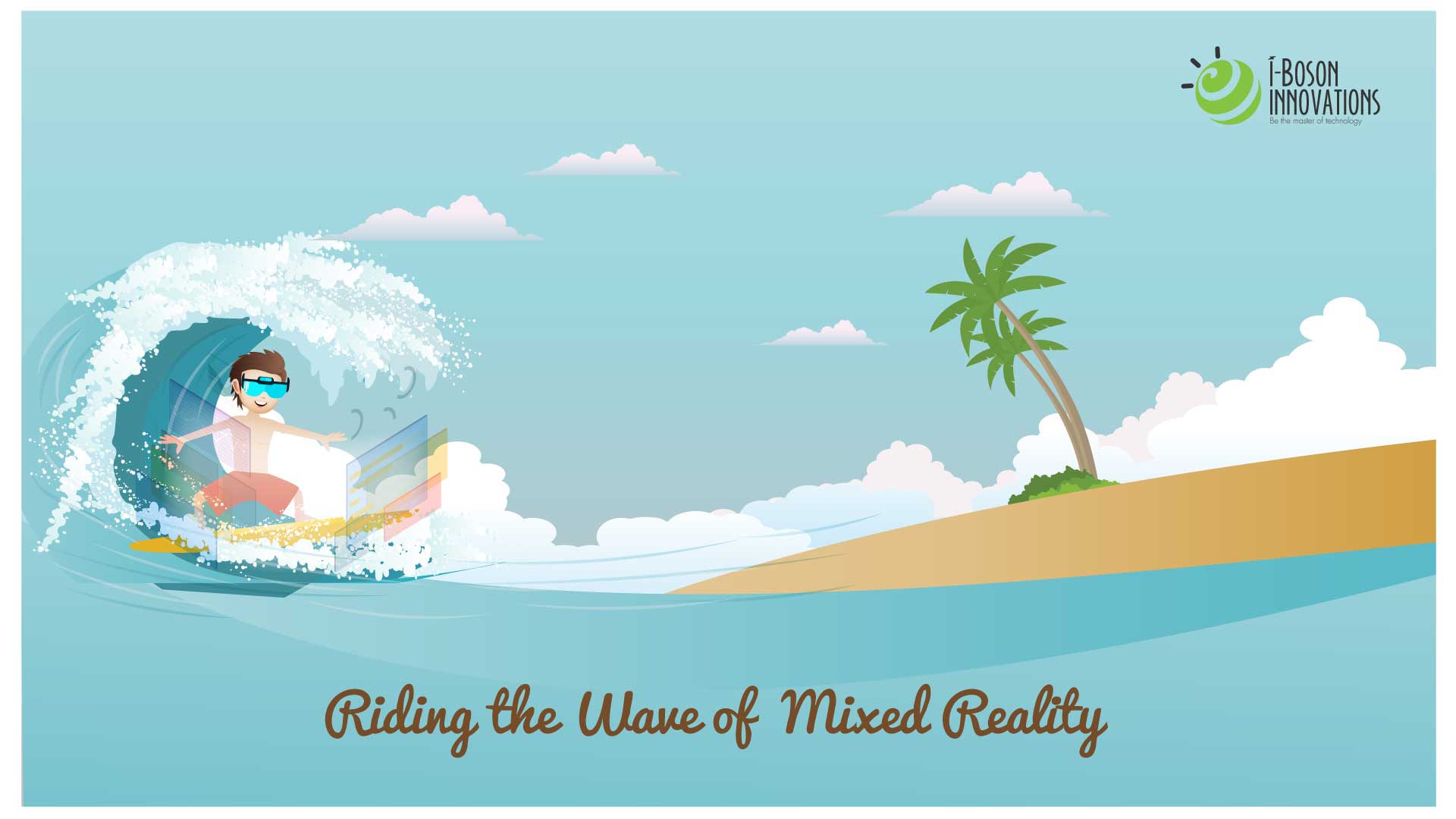 Riding the Wave of Mixed Reality

For those whom this is a new concept, mixed reality is the coming together of the physical world and the digital world. It may refer to the coverage of all possible variations and compositions of real and virtual objects. It can also be classified as an independent concept that unlocks the possibilities that were earlier restricted to our imaginations. It is made possible right now by the progressive advancements in science and technology mainly in the fields of computer vision, graphical processing power, display technology, and input systems.

Many have the notion that mixed reality is just the combination of Augmented Reality (AR) and Virtual Reality (VR) when in fact it is part of the reality–virtuality continuum and it covers the categories such as:

One can experience the entirety of this spectrum by using mainly two types of devices:

1, Holographic devices: They portray digital content in the real world as if it were really there

2, Immersive devices: They hide the physical world and replacing it with a digital experience. Eg:-Virtuix Omni system

If Virtual Reality takes us to a digital world and Augmented Reality brings the digital into our physical world, Mixed Reality does both it allows us to interact with digital elements within the digital world we create. It gives us the best of both worlds.

The term mixed reality was first introduced in a 1994 by Paul Milgram and Fumio Kishino in a paper entitled “A Taxonomy of Mixed Reality Visual Displays.” The paper speaks of technologies that allow digital content to interact with real world objects and humans to interact with digital objects as if they are real.

Mixed Reality will not just be another advanced gaming console but will open a whole new world of interactions in all sections and industries. There will not be one area that mixed reality won’t touch for the better.

The fundamental reason that Mixed Reality has not taken over the globe is due to its feasibility. There are very few devices that can actually perform the mixed reality solutions to the best of the capabilities and none of them are cheap per say. The key would be to start developing smaller affordable devices that can process all this data without any delay in results. It is predicted that by 2021 mixed reality will become a household name.

It goes without saying that it takes bold visionaries and risk-takers to build future technologies into realities and there are indeed many companies stationed all across the globe that aim for the same. In our humble nation there are only a handful of augmented reality and mixed reality companies. A prominent firm that has been making ripples of change in India and having their expertise lie in this field is iBosonPvt Ltd. iBoson remains to date the only firm in Indian that can proudly claim to have their very own augmented reality product named –Unite A.R. which was even featured at Le Futura at Dublin Tech summit.