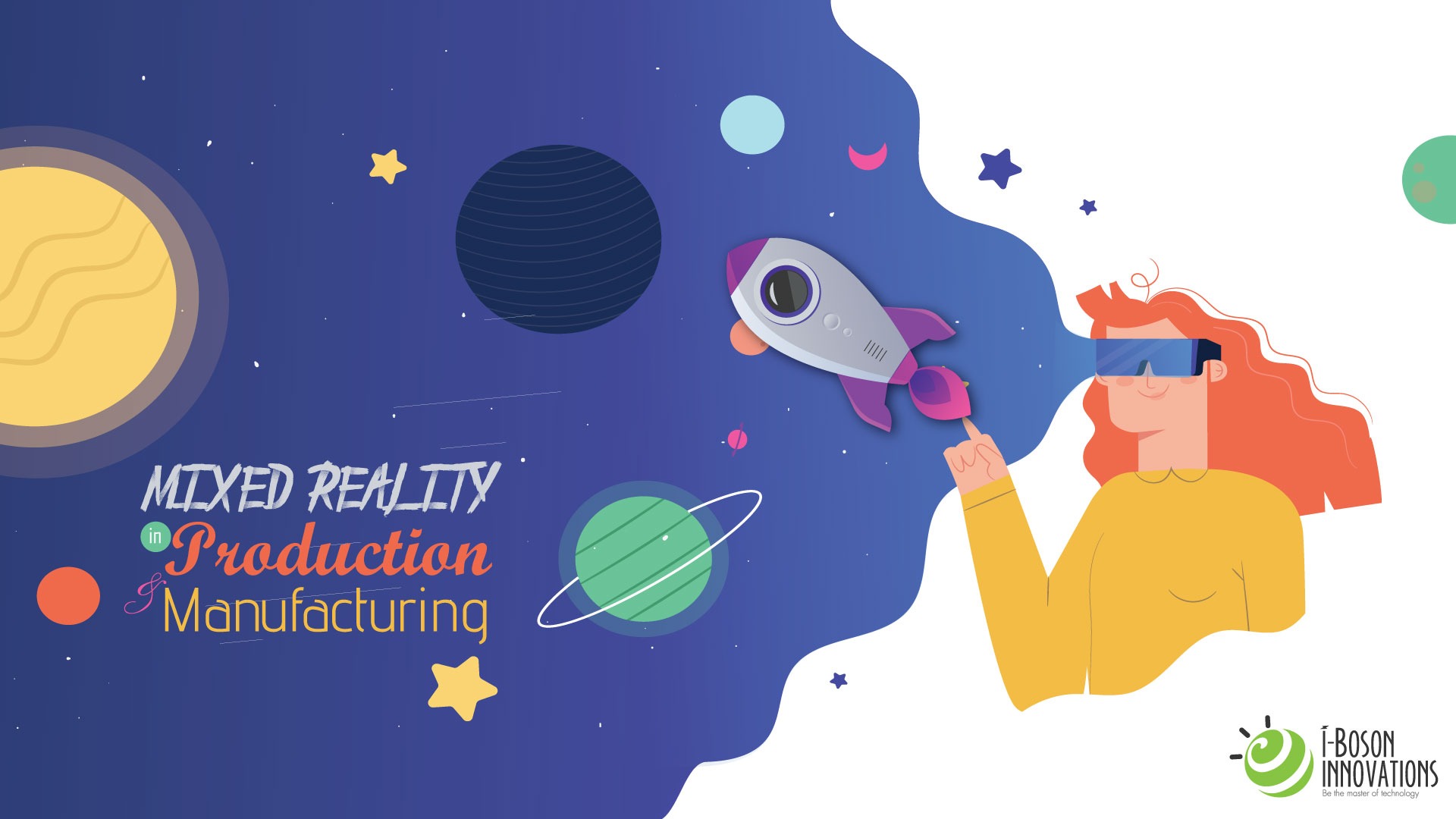 Mixed Reality in Production and Manufacturing

While it’s true that using Augmented (AR), Mixed (MR) and Virtual Reality (VR) in production or manufacturing are still only in its budding stages its devices in the current markets are officially getting saturated. Most organizations and firms have only now realized the potential of these technologies and are figuring out the best means to make use of them. While the fascinations of Virtual Reality and Augmented Reality intrigue us at the surface level, when we dwell deeper into the ocean of these sciences we come to the realization that using mixed reality gives us the best of both worlds.

If we were to distinguish them on the basis of user types, then we have two

In the case of Virtual Reality, both these types have been experimented upon for the past 30 years. In the case of Augmented Reality, it made an impact on the society with the introduction of the renowned popular game – Pokemon GO and now advancements are being made to incept Mixed Reality games. The gaming sector has been the first field where VR and AR have greeted the world and it is only fair that MR has the same origin story.

The underlying fact is that production and manufacturing both require a certain degree of complexity. One needs to address the issues of technology incorporated, price points, user interface simplicity, output benefits, market solutions and many more.

All relevant market data and statistics are being gathered by several different sources. A few establishments that stand on the forefront include the likes of Apple, Google, Sony, Facebook, Microsoft, Amazon, and Samsung. The involvement of these big names suggests that there would be a general bias towards the fields of gaming and social media. They are extremely field specific and not a generalized concept.

Another realization that we need to all have is that the 21st-century market is always in a state of fluctuation and figuring out an ideal strategy to incept them needs a sound action plan in itself. This also hints that the market in production and manufacturing for this technology won’t become mainstream till 12-18 months’ time and we would still need to wait till low-cost VR, AR and MR devices reach our hands.

Just like what is mentioned above, several firms and companies have decided to adopt these technologies but very few are creating the ripples needed for change. Everyone wants to adopt or change their workings to incorporate these technologies in one aspect or another. It is under this dilemma that a firm has risen up with a solution. iBoson Innovations is a firm that is completely dedicated to this field and is having its roots in India itself. They are among the handful of companies that can proudly claim that they have created the technology for all three formats. They specialize in uplifting the common men to a higher plain of understanding via an alternate reality. They expertise in products that are tailor-made for your business. Their current clientele for all three technologies – VR, AR, and MR are from the fields of entertainment, education, banking, print media, and healthcare.

In an increasingly competitive time, MR holds big promise for businesses and just like any other technology, it is still yet to reach its threshold and more studies need to be done to explore or tap into new technologies. The greatest advantage of mixed reality is that gives the opportunity to get at the heart of a problem and solution finding becomes that much more simple. The current most outstanding trend in mixed reality is the Teslasuit which offers unrealistic features such as motion capture, climate control, and even haptic feedback.