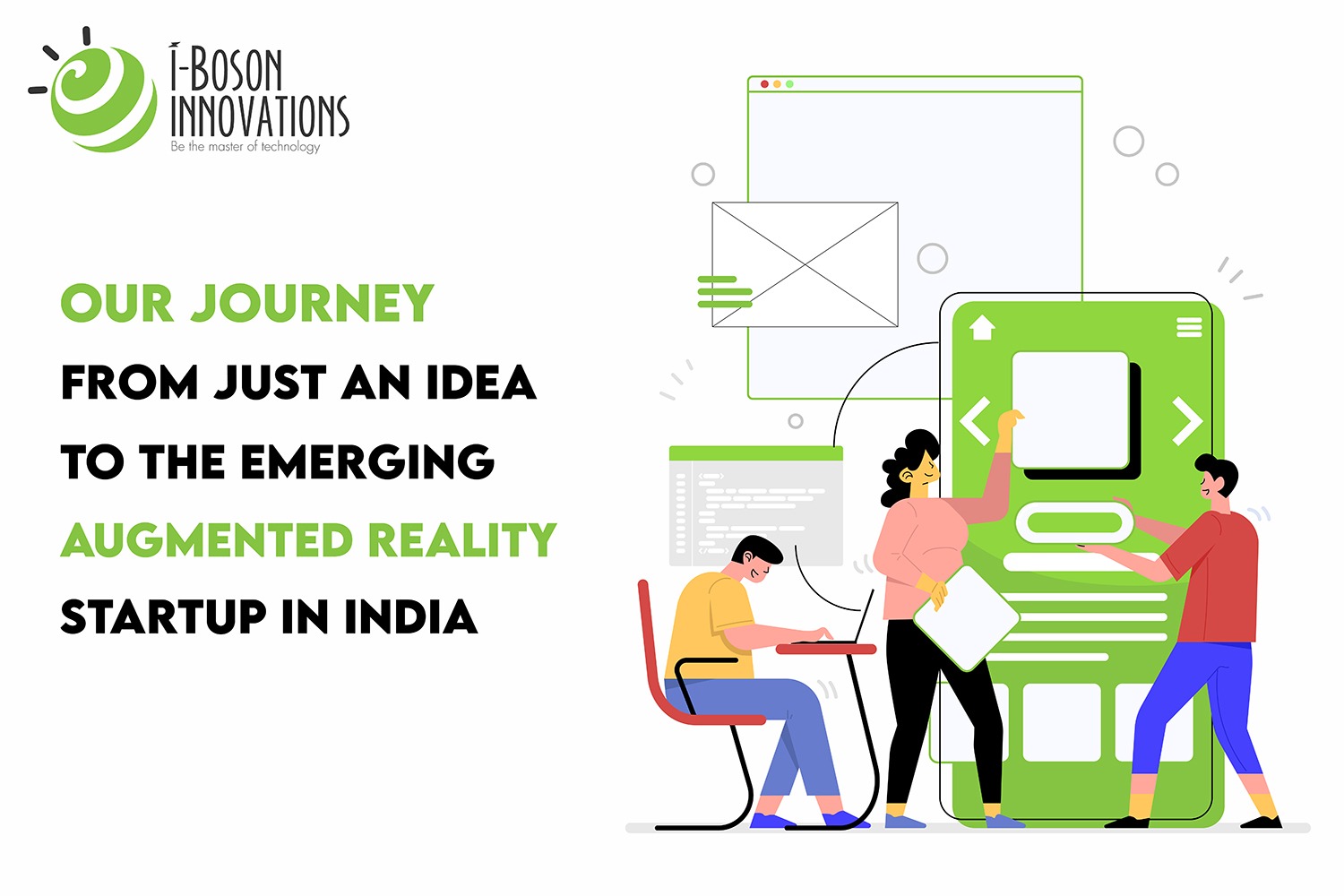 Journey of iBoson: From Just an Idea to the Emerging Augmented Reality (AR) Startup in India

Thiruvananthapuram is home to many technology startups in Kerala. iBoson Innovations is one such tech startup from Kerala that has been growing in vibrancy and ambition over the past few years.

Amidst the struggling economy, iBoson is one of the many AR startups in India that have survived and flourished. Built on the grounds of persistence, hard work, and adapting and providing solutions to the changing market requirements, iBoson already wears the crown in their niche.

Founded by Vineetha A and Vishnu JP, iBoson Innovations is an AR startup in India that started its operations back in 2016 and is one among the few companies in the world with its own proprietary AR engine. Though they first started as a web and app development company, slowly they started thinking of developing something different which has a great future, as well as brings value to the user. This is when they realized the potential augmented reality can leverage as a promising technology. Since then, this augmented reality company from India started specializing in augmented reality and advanced computer vision and has revolutionized the augmented reality market. Within a short period, this Kerala based AR startup has become one of the best in India with over 38000 happy customers worldwide.

iBoson has always upheld its mission for changing the face of technology, spreading the spirit of innovation, and making state-of-the-art technologies accessible to all. After 3 years into augmented reality, iBoson launched two products in the market. “We thought of using augmented reality as an effective communication tool. So, we decided to develop applications that not only help in creating AR simulation but also helps the user easily develop and experiment with it. These technologies have proved their potential especially during the pandemic.” says Vishnu, CEO, iBoson Innovations, on his entrepreneurial journey.

UniteAR is one of the products developed by this augmented reality company in India. It’s a zero-code SaaS platform that allows users to create white-labeled apps, webAR plugins, and AR experiences with just a few clicks.

Developed almost two years back, UniteAR allows anyone without even the knowledge of coding to create AR apps. It is now widely used among various educational institutions in India and abroad to provide an interactive and rich learning experience for students. UniteAR also finds its application in marketing and advertising, retail, and art as well.

XRmeet is a zero-code AR remote support platform developed by iBoson which has been helpful for many businesses during the pandemic. “XRmeet can revolutionize the way technical support performs currently, which functions now mainly through voice or video calls. With augmented reality support, we open a new door for users to contact experts and to solve the issues quickly in real-time. It allows experts to draw marking over the user screen, making a way for error-free support,” says Vishnu. using XRmeet, you can provide expert opinions to your user by sitting anywhere in the world. It also has an object detection feature that gives users real-time insights of products.

iBoson is still in its growing stage and is an emerging AR startup in India and who knows, maybe they will come up with more incredible AR apps in the future and make our lives even better.