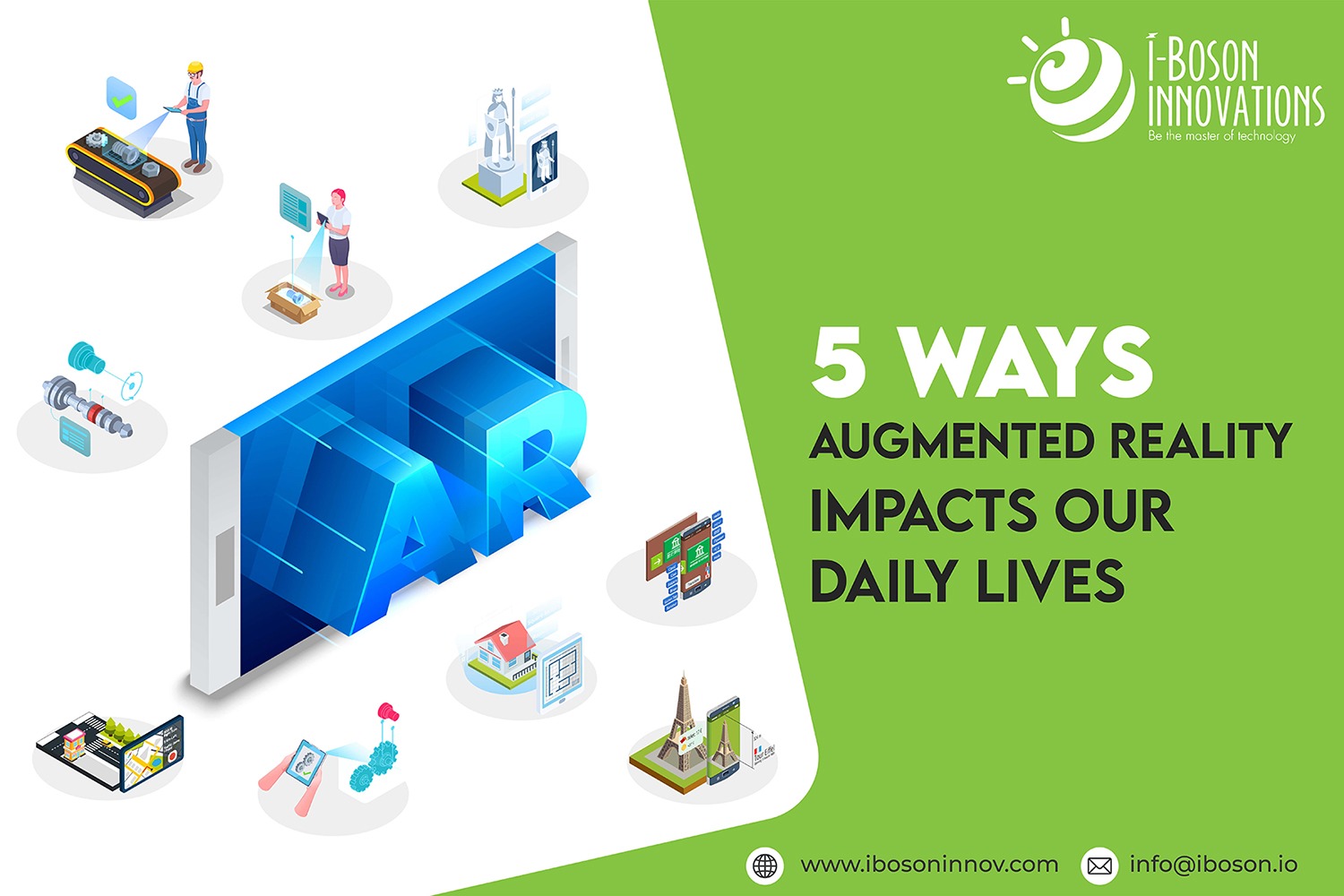 Augmented Reality, once a technology of the future is now being used in our daily lives. Thinking about how often that happens? Many of you know that AR lets the user see the real world overlaid with computer-generated information and images. AR is more commonly used than you think. It’s just that we are not aware of it. Here are 5 examples to show you how augmented reality impacts our daily lives.

Augmented reality has already flourished in the entertainment industry. It has been used in the gaming industry for more than 4 years. A good example of this is the Pokemon Go AR app introduced in 2016 which set a trend in the gaming industry. Pokemon Go uses GPS based augmented reality to display Pokemon characters in your physical environment. With more than 65 million active users in 2017 itself, Pokemon was a hit among the gamers.

Another vertical where augmented reality has already set its mark is the shopping and retail one. Many businesses are now using augmented reality to provide an engaging shopping experience for the customers. A good example of this is the IKEA app and Walmart stores. With the IKEA Place app, you can virtually place the piece of furniture in your room and see if it fits, and then proceed to buy. It also allows users to view from different angles. Now there are a lot of other apps available in the retail and fashion industry that even allows the customer to virtually try on before buying which indeed helps the customer to make smart decisions.

Augmented reality is used in various apps to give the user a creative communication experience. It is commonly used in various apps we use in our day-to-day lives such as Instagram, Snapchat, etc. The filters used in these apps overlay digital objects on the user’s face during a video call. There are many other apps that also enhance the face of the users during a video call. Then there are some video conferencing apps that allow the user to remove and change their background at any time. Interesting isn’t it?

The main usage of augmented reality in sports broadcasting is to give the viewers additional information during a game. It uses interactive 3D graphics coupled with interactive visual elements on the live footage so that viewers can get detailed information as well as experience the same they would at a stadium.

The security of your mobiles has been enhanced with augmented reality. It’s with face recognition using AR a device allows you to unlock when you appear in front of it. A good example of this is iPhone’s face recognition software. It also allows users to authorize payments. This level of security actually helps to safeguard your money.

With AR becoming a part and parcel of our everyday lives, it has indeed started to impact our lives in a positive way. How has AR impacted your life? Let us know in the comments. Also, if you have an idea of an AR app that can drastically change our everyday lives, we would love to hear it. Feel free to contact us anytime.